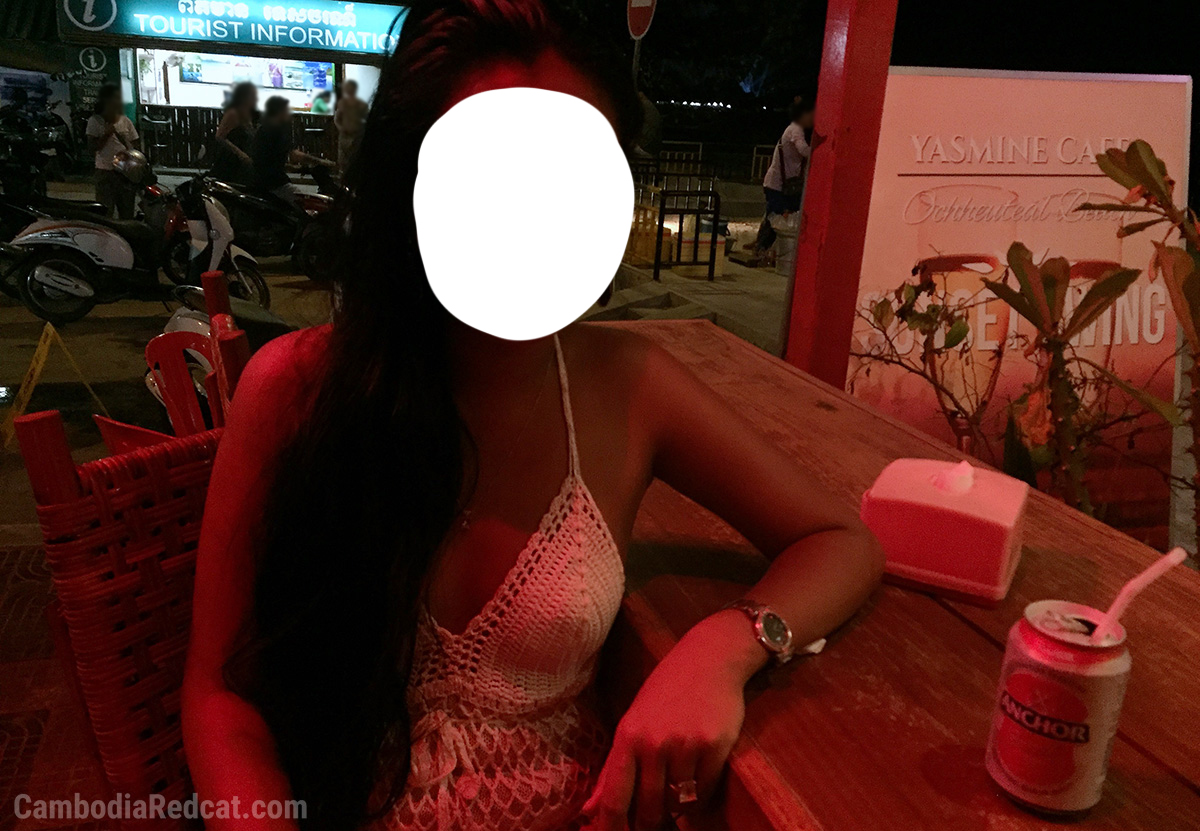 The beach town of Sihanoukville on Cambodia’s southern coast is quite a place. On the one hand it’s one of the best places in this country for single male travelers to have fun with young and attractive Khmer girls, and on the other hand you’ll quickly notice that this is one of the favorite places of young hippies (excuse, backpackers of course) both guys and girls to actually live and work.

It’s quite a weird feeling when some topless English bud with dreadlocks in his mid twenties takes your order at Monkey Republic or Utopia before continuing smoking his joint. Something like that would be unimaginable over there in Thailand, but here laws are somewhat different and so you’ll see many foreigners working jobs in the bars, restaurants and hotels of Sihanoukville (and some of them owning them, too).

But anyway, this nightlife guide isn’t about the best places to get drunk with young backpackers but where to find Cambodian girls to have a good time with. And there are so many options: From the three areas with girly bars alone, dozens of massage salons all over town including one very “special” one, several night clubs some of them full with tourists and some of them full with local Khmers and little karaoke bars with girls that barely see any foreigners at all.

In this guide to nightlife and girls in Sihanoukville I’ll give you the complete overview of all the different places as well as the exact locations on the map. Some categories deserve a much more detailed description that you can find on separate pages. Let’s go into it:

There are three different nightlife areas with girly bars in Sihanoukville: Victory Hill, Pub Street (also called Golden Lion Plaza) and Sihanoukville Square. These bars have young Khmer girls employed who make sure the male customers are having a good time. Most of them are in their mid twenties, but some look suspiciously younger than that. If you have doubts then make sure you ask for their ID before you pay their bar fine.

The girly bars in Sihanoukville have all more or less the same setup with pool tables (free of charge but often they are quite old), TVs with live sports or more and more popular: A computer with YouTube that is connected to the TVs and that’s where they choose the songs (just ask if you can choose). It’s usually a great way to start playing pool with some girl and if you like her (or you lose the game) you would buy her a lady drink. If you get on well enough you can think about if you want to take her out of the bar later on for some short time or long time sex in your hotel.

The bars on Victory Hill tend to have more kind of “rough” ladies, and that’s also the area where you can find most ladyboys in the bars (see below). The atmosphere is much more relaxed in the Pub Street that’s most popular among expats. And by far the biggest cluster of girly bars (25-30 bars) is on Sihanoukville Square in the tourist area just off the Golden Lion Circle. 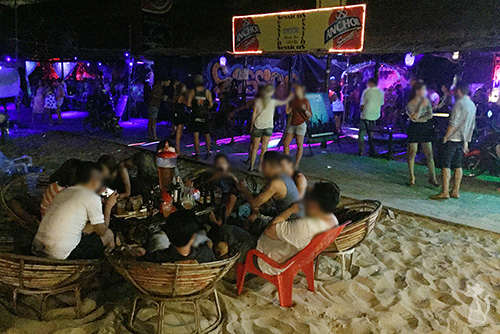 If you want to take a break from the girly bars of course there are also plenty of “normal bars” in Sihanoukville’s nightlife and most of them are located along Ochheuteal Street between the Golden Lion Circle and the ferry pier as well as all along the beach promenade. It’s usually a mix of restaurant and bar and especially down at the beach you’ll find countless of couples chilling at one of the many atmospheric open air places while sipping cheap but strong 3-4 USD cocktails or buckets. 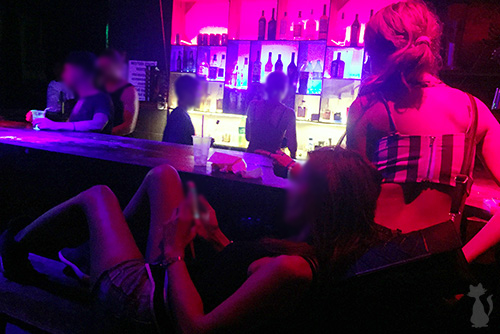 Frankly speaking, there are not really any foreigner-oriented night clubs in Sihanoukville, but plenty of half open air bars on the beach promenade that make it almost feel like a nightclub – partly because of the loud music and partly because of the lightning. Yes, hugely popular places like Sessions and JJ’s come quite close to night clubs with a spacious dance floor, but then again those places are open air and a lot of people buy drinks and hang out outside by the beach. The crowd at these places are mostly young backpackers and also some Khmer freelancing girls. 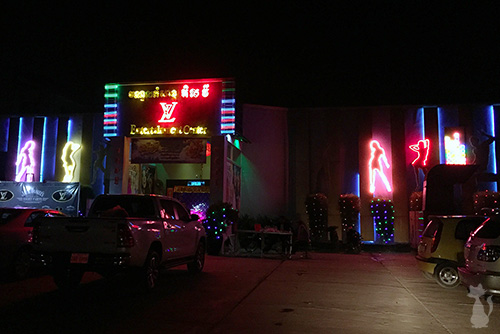 The most popular and only real kind of night club with alternating live music and DJ is LV Disco in downtown Sihanoukville. This place reminds you of the Thai style nightclubs (they even play some Thai songs here) with lots of round tables where people hang out in groups and also a few VIP tables with couches. However, there are only few people who have the money to buy and show off with a nice bottle of whiskey.

Another smaller nightclub not far from LV Disco is Skyline Club. There are usually no foreigners going there as the tables get taken quickly by the HiSo Khmers and there’s not really much of a point to just stand around with a bottle of beer as no one is doing that. So if you plan to have a night out there then make sure you take some friends with you and even consider reserving a table or come early around 10pm.

KTVs and Karaoke Bars in Sihanoukville 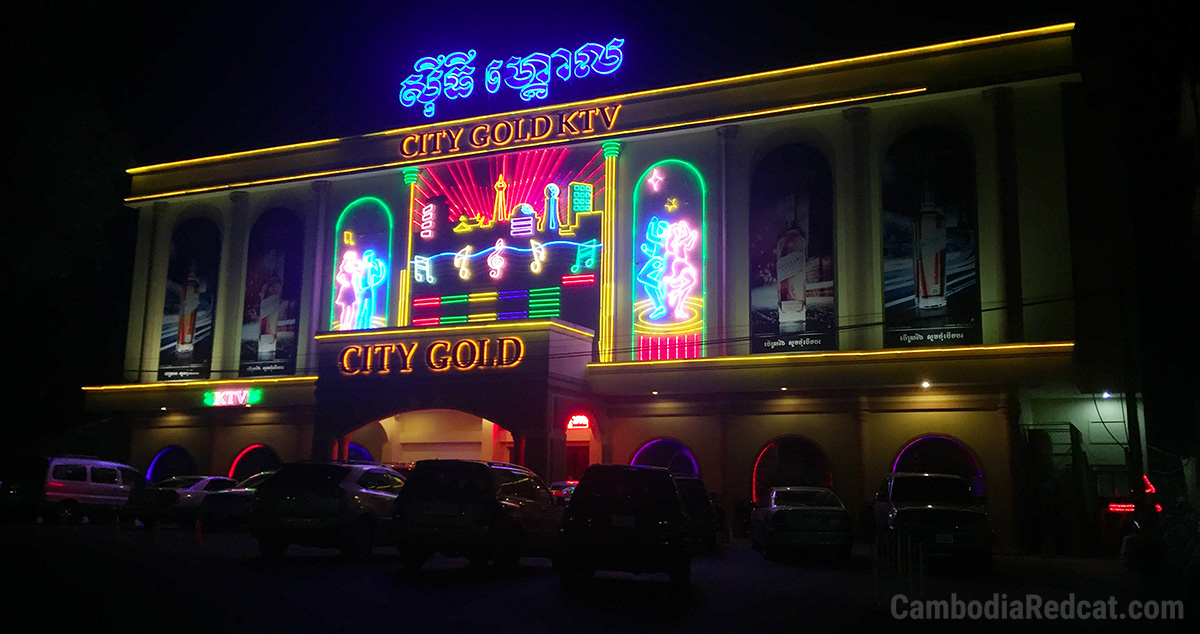 The most popular nightlife places for the local Khmer guys who want to drink and hang out with girls are the KTVs and karaoke bars. The KTVs are spread all around town and pricier, but then the quality of the ladies is the best you can possibly find – yes even better than in LV Nightclub. And the buildings are also quite new and modern compared to the rundown karaoke shops at the side of the street. 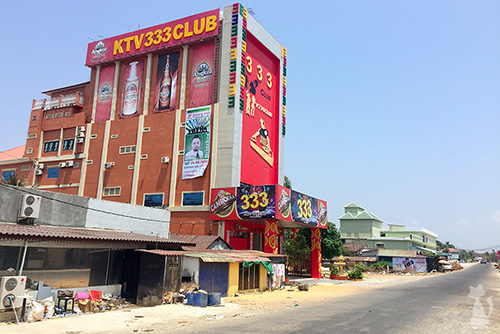 The pricing structure at the KTVs in Sihanoukville is usually like this: 15 USD for a private karaoke room including a bucket of 24 can beers, 2 USD per girl no time limit (they expect you to tip 10-15 USD though). Some girls can go out afterwards if you wish so, some not. It’s all negotiable. Just go to one of these places, confirm the prices with the papasan at the lobby and he will have all girls line up in front of you so you can make up your choice. No need to be shy.

And then there’s also the so called Karaoke Street in the town center that has even fewer foreigners visiting but they are completely safe to go if you are polite and easy going. Note that the girls in these places barely speak any English, but they still do their best to make you have a good time. Beer jugs are just 2.50 USD at all of these bars, no charges for the girl but you may tip her 2-3 USD afterwards. And well again, if you want to take her back to your hotel for sex it’s all negotiable. 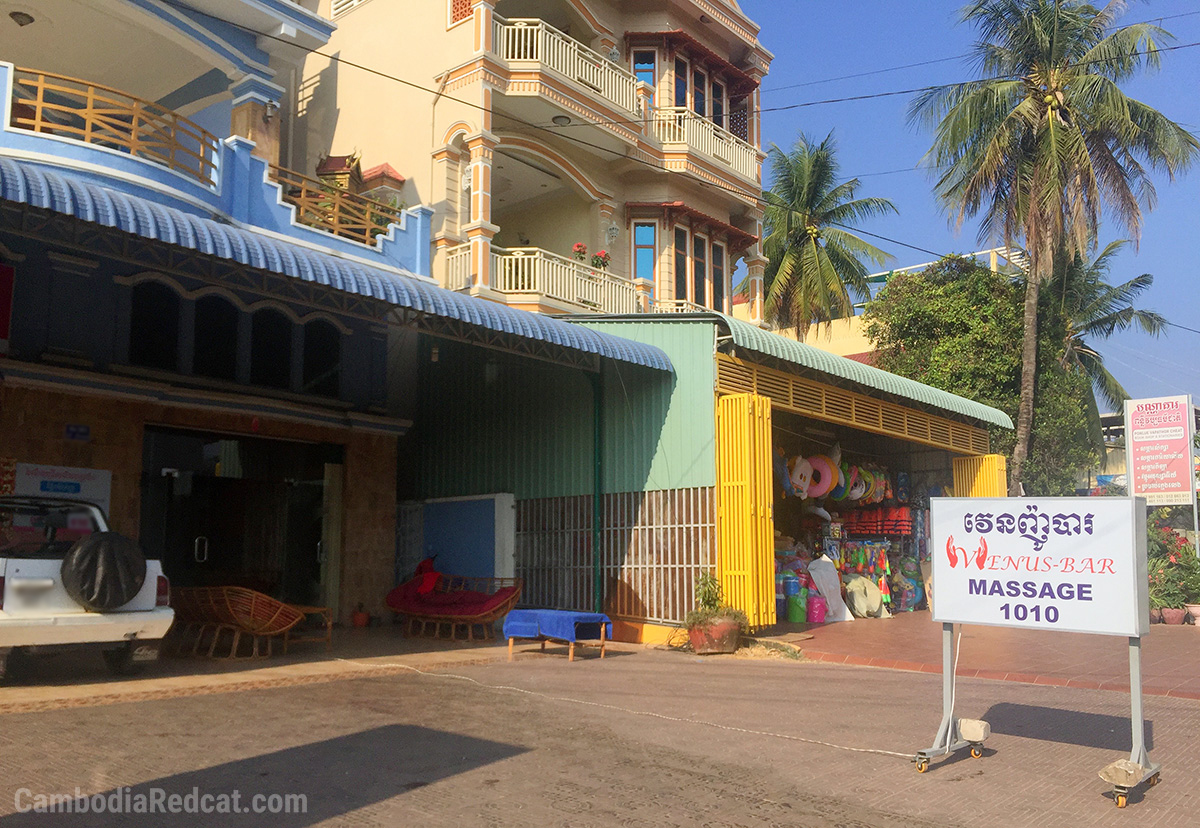 Finding a massage with complimentary hand job isn’t easy at all in this beach town. There may be plenty of massage salons spread all around town and especially in the tourist area near Serendipity Beach, but all of these places have Cambodian massage women dressed in traditional Khmer dresses instead of miniskirts.

You need to be very lucky to find someone who is willing to give you a hand job in exchange for a tip in one of the touristic massage salons. The standard massage prices are around 8 USD for a Khmer massage and 10-12 USD for an oil massage. A reasonable tip for a hand job would be 10 USD.

Fortunately, there is one famous exception in the massage scene of Sihanoukville. It’s called Venus Bar & Massage 1010 and is quite off the tourist radar in the northern part of the town (see map below, pink pin). They have young and attractive Cambodian girls employed that give you a happy ending massage for 25 USD all inclusive. 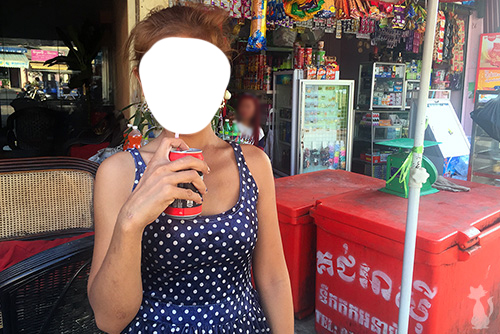 Because drinks in the bars are so cheap you will find that most freelancing girls in Sihanoukville will just hang out in the bars while looking for customers. That said, you still see some street hookers on the beach promenade but often they are just on the way to or from some bar. Another hotspot would be the Golden Lion Circle but it’s not nearly as many as you might expect – probably because there is a traffic control station right on the roundabout. So you rather see some girls smiling at you from one of the street restaurants that are scattered around the circle. 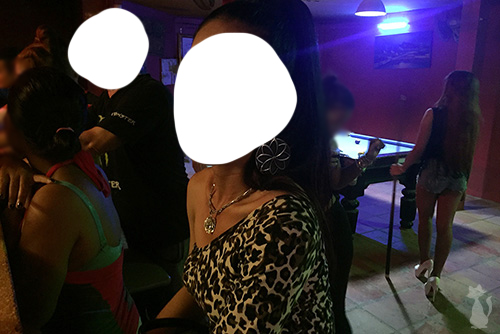 There are no dedicated ladyboy bars in Sihanoukville, but you can still find some if you are actively looking for them. Don’t waste your time with the bars on Pub Street and Sihanoukville Square – only ladies. However, there are a few Khmer ladyboys in the bars on Victory Hill that are more relaxed in this regard (that’s where I took the picture). Another tip: Check out Utopia, there’s one extremely attractive and quite beautiful ladyboy working behind the bar. But she’s not a hooker! Good luck hitting on her.

I would highly recommend you to rent a motorbike in Sihanoukville to get to all the mentioned nightlife areas easily and without being dependent on the annoying Tuk Tuk drivers who not only charge unreasonable prices but also might take a commission if you go to places like the special massage salons. And I wouldn’t feel comfortable up there with the company of a Khmer guy anyway. Rental prices for the motorbikes are relatively cheap at 6-7 USD per 24 hours.

Map of Nightlife in Sihanoukville

Videos of Nightlife in Sihanoukville